MacArthur-Bates Communicative Development Inventories (CDI) are parental questionnaires designed to measure language development of children up to the age of three. They are widely used in various countries for both research and diagnostic purposes. The parent's task is to mark words (from a list) that their child uses. Such parental questionnaires are very practical: they are rid of difficulties associated with the direct examination of young children (establishing contact with a stranger, concentration, etc.). Moreover, the questionnaires are in electronic form, so they are completed online. There are several versions of the questionnaire for children of different ages:

CDI Words and Gestures (Polish adaptation: Inwentarz Rozwoju Mowy i Komunikacji: Słowa i Gesty, IRMIK SIG), for children aged 8 to 18 months, contains a list of words (grouped in semantic categories, e.g. animals, vehicles, body parts), gestures and activities specific to young children. The parent's task is to mark the gestures and activities that the child performs and words that the child understands and / or uses. The questionnaire also includes questions, e.g. about the child’s first signs of understanding, understanding parents' statements, tendency to mention the names of objects, to repeat heard words, utterances, phrases, etc.

CDI Words and Sentences (Polish adaptation: Inwentarz Rozwoju Mowy i Komunikacji: Słowa i Zdania, IRMIK SIZ), for children aged 18 to 30 months, contains a similar (but longer) word list and questions about grammatical development, such as whether the child connects words. If so, the parent is asked to give the three longest statements (s)he has recently heard from the child. Polish adaptations, i.e. IRMIK SIG and SIZ questionnaires were standardized on a nationwide sample of 1,200 (SIG) and 2,400 (SIZ) parents, which made it possible to confirm the reliability and validity of the tests and to develop norms for Polish monolingual children. The standardization study was conducted at Instytut Badań Edukacyjnych by a team led by prof. Magdalena Smoczyńska together with researchers from MultiLADA: prof. Ewa Haman, Dr. Grzegorz Krajewski and Dr. Magdalena Łuniewska.

CDI-3 is intended for children aged 30-36 months. The Polish adaptation is being prepared by the MultiLADA team and led by Dr. Grzegorz Krajewski. We are developing the new tool in cooperation with our foreign partners, with whom we obtained approval for a new language adaptation of CDI-3 from the CDI Advisory Board (a team of scientists involved in the development of such tools as the MacArthur-Bates Communicative Development Inventory).

In addition to developing CDI-3 in Polish, the MultiLADA team is also working on creating shorter, adaptive versions of the CDI questionnaires. The original questionnaires contain a long list of words which makes it time-consuming for the parent to complete. That is why we are working on a shortened adaptive version in which subsequent words will be automatically chosen based on the estimated level of the child's language skills. Thanks to this, testing with the adaptive version will be much shorter. To ensure that the adaptive versions are reliable, many parents will be asked to fill out both the original (long) and adaptive (short) versions. Such a study, although somewhat tedious for the parents, will allow us to compare both versions of the questionnaire and determine the reliability and validity of the adaptive (shortened) version. In the future, this will allow the original (long) version of the questionnaire to be replaced with the adaptive (shortened) version, which will greatly facilitate the testing process both for researchers and practitioners working with children.

MacArthur-Bates Communicative Development Inventory - the website of the original CDI

In which projects are the CDIs used?

CDI questionnaires are used in most of our projects, wherever we study children up to 3-4 years of age. Therefore, we use them in the StarWords project, where we will ask parents to fill in both the long and the adaptive (shortened) questionnaires, and in one of the studies in the PolkaNorski project, where parents of children aged 24 to 35 months are involved. 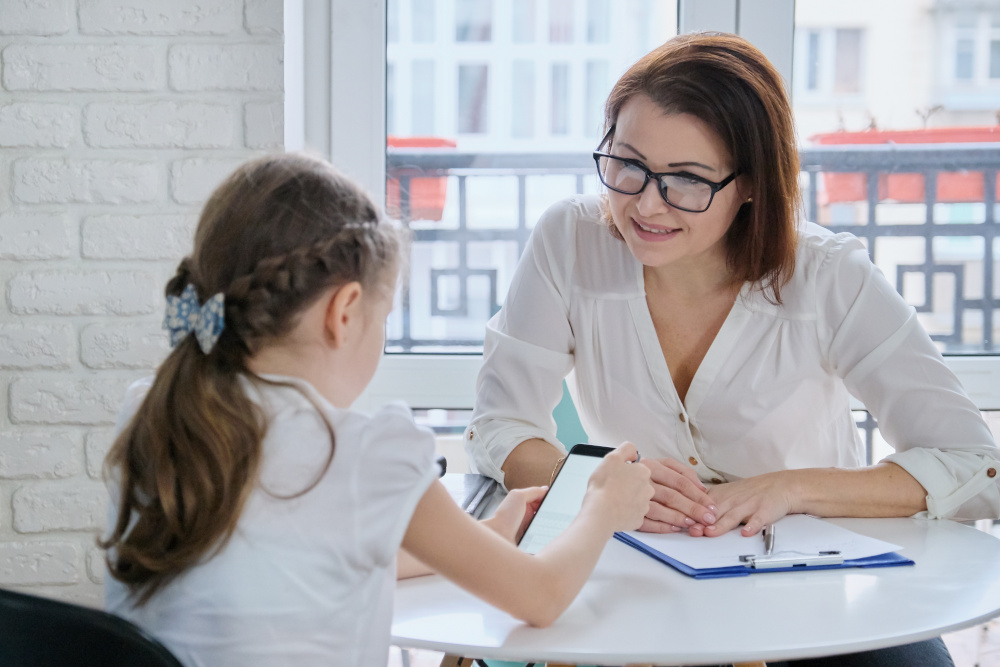 Girl at meeting with psychologist showing his social page on smartphone, talking psychiatrist and child, mental health of children 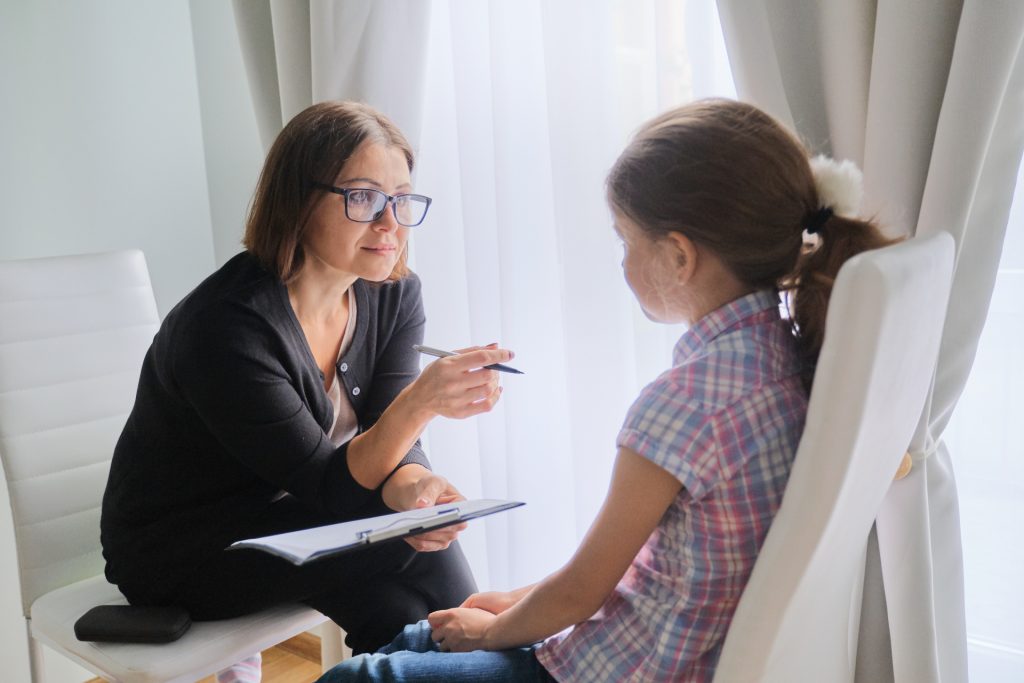 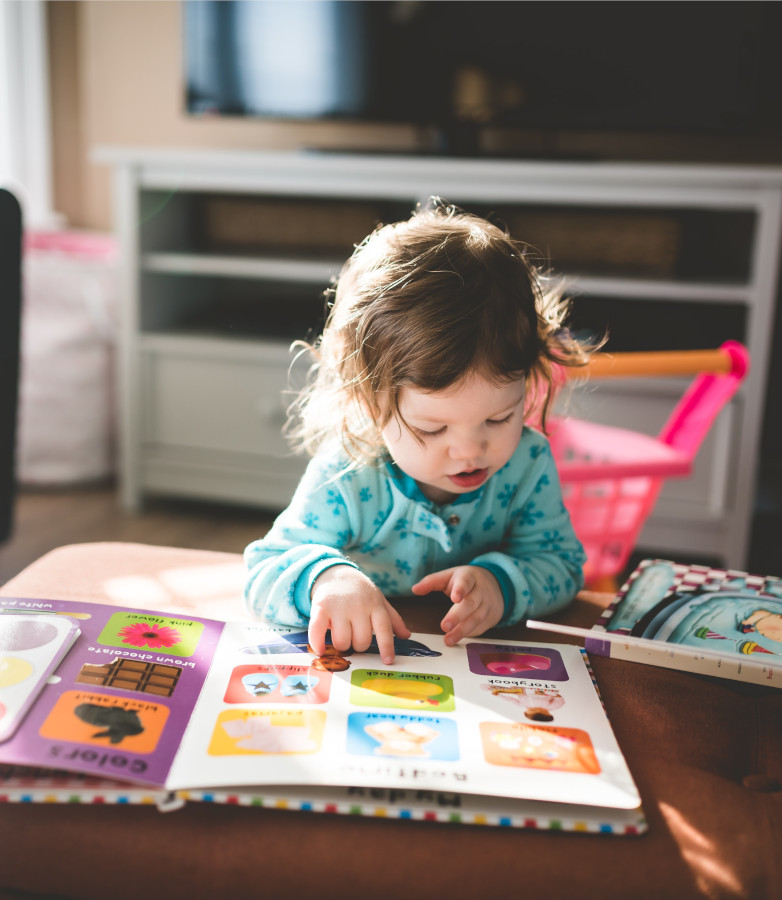 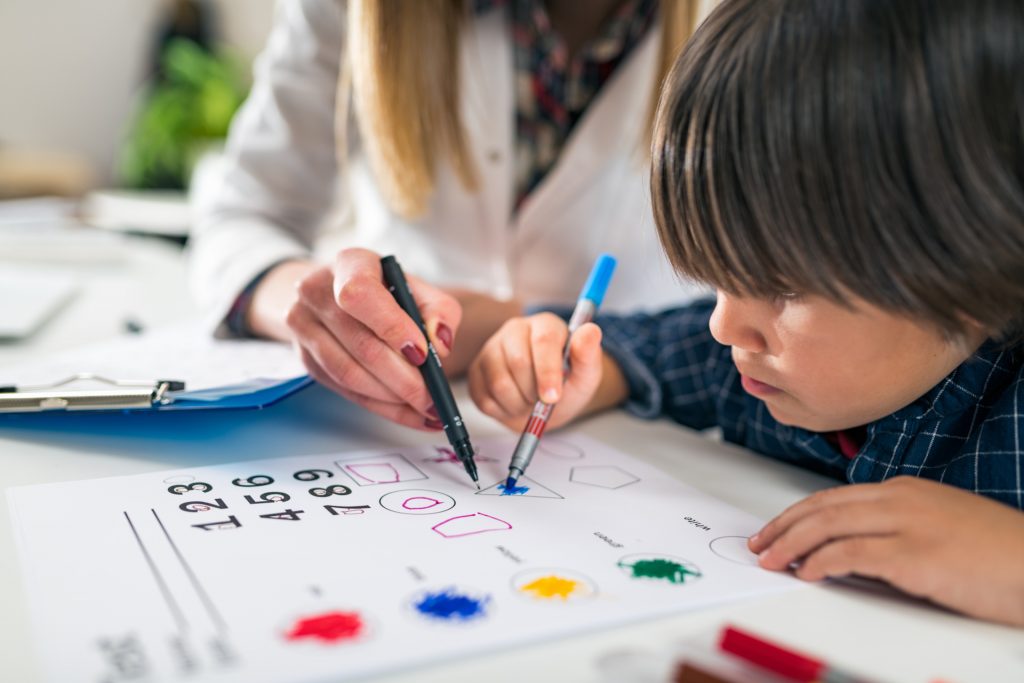 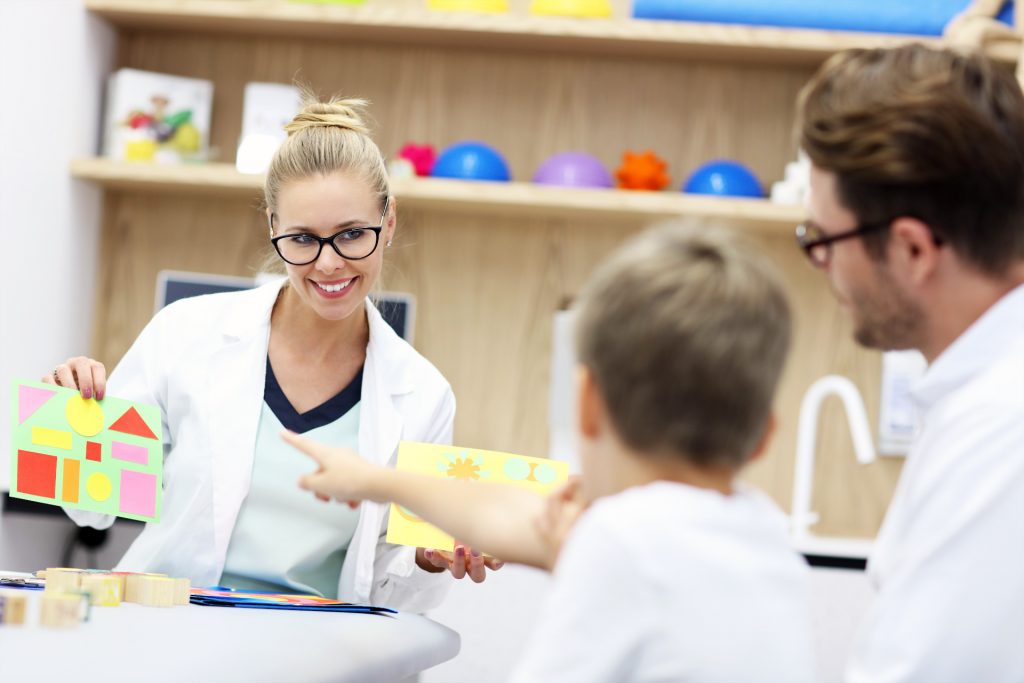 Picture of child psychologist working with family in office 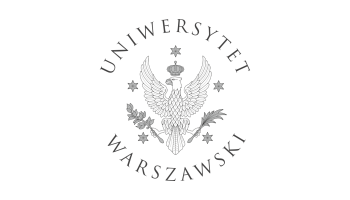